Dr. Karr, a native of Houma, La., received his undergraduate degree from Louisiana State University in Baton Rouge. In 2009, he received his medical degree from LSUHSC-Shreveport. He went on to complete an Internal Medicine residency at Tulane University, followed by a fellowship in Gastroenterology at Ochsner Medical Center in New Orleans, La. While in training, he received several awards, including the AMA Foundation Scholarship for Outstanding Students and Outstanding Intern Medical Knowledge Award. He is also a graduate of the Louisiana State Medical Society (LSMS) Physician Leadership Academy, LSU E.J. Ourso College of Business, Baton Rouge, La. in 2018 and was elected to the LSMS Council on Legislation for 2019.

In addition to his private practice in Lafayette and Abbeville, he is an Assistant Professor of Clinical Medicine at University Medical Center who actively trains residents in endoscopy.

Dr. Karr has been featured several times on local television stations discussing endoscopic weight loss, treatment of reflux and colon cancer awareness. He is a national speaker on GI topics such as IBS and chronic constipation. He has also received recognition by Becker’s GI & Endoscopy as a GI Leader to Know in 2018.

Dr. Karr is involved in several ongoing research trials. He has over a dozen publications ranging from research into sugarcane processing in South Louisiana to endoscopic submucosal dissection of colorectal lesions.

Dr. Karr is a member of the following professional organizations:

When Dr. Karr is not practicing medicine, he’s spending time with his wife, Kelly, and their three children Olivia, Charlotte and James. He enjoys exercising, cooking and traveling. 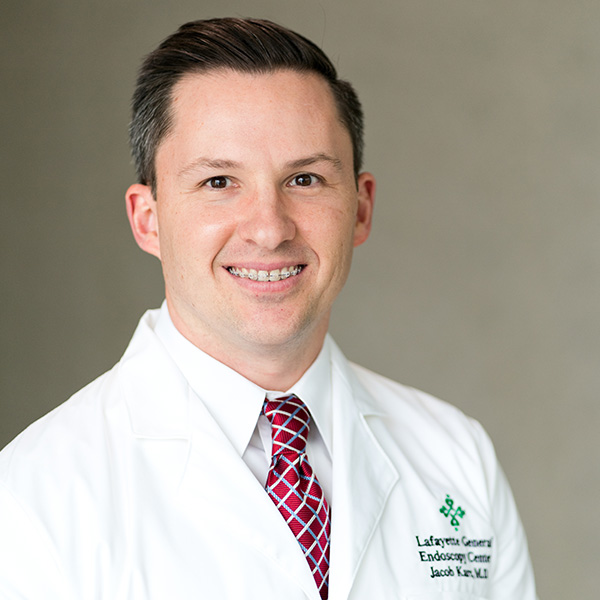