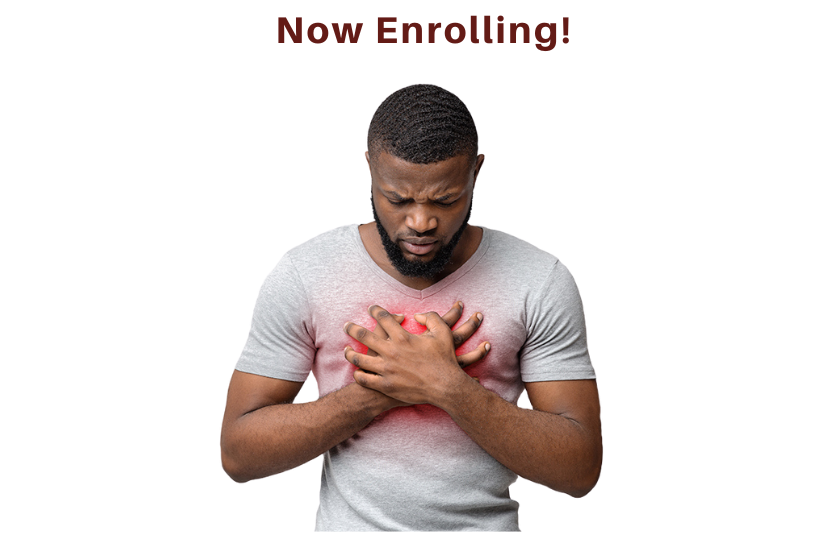 Are you an adult with Non-Erosive Gastroesophageal Reflux Disease (NERD)

Experiencing Heartburn for 6 months or Longer?

If yes, you may qualify for this clinical trial.

Sign up today to see if you qualify for this study.

About the NERD-301 Study

NERD (Non-Erosive Gastroesophageal Reflux Disease) is a disease that causes occasional heartburn (called “episodic heartburn”), a burning sensation in your chest and throat without erosions or wearing away of the inner lining of the esophagus. The standard treatment for NERD is currently the use of a class of medications called proton pump inhibitors (PPI).

Vonoprazan has been approved in 16 countries in Russia, Asia and Latin America for treating a number of diseases including erosive esophagitis (damage and inflammation of the esophagus) healing and maintenance, gastric ulcer healing, duodenal ulcer healing, prevention of recurrence of peptic ulcer associated with nonsteroidal -anti-inflammatory drug (NSAID) or low- ose aspirin use, and eradication of Helicobacter pylori (H. pylori) infection. Vonoprazan has not been approved for treating episodic heartburn due to symptomatic NERD. Across the world, vonoprazan has been used to treat an estimated more than 68 million patients since it became available in 2015. It is not yet approved by the United States FDA and hence is still considered an investigational drug in the US. As of June 2021, vonoprazan has been evaluated in clinical studies in more than 7,700 people for various conditions, and the results have been favorable.

A study doctor will need to review your medical history and carry out some additional health checks before deciding whether this study is right for you. You may be able to take part in the NERD-301 Study if you:

What is a clinical research study?

Taking part in a clinical research study is a big decision and your participation is voluntary. It is important that  you understand what participation will involve before you agree to take part.